Broaden your child’s horizons by teaching them a second language like Spanish. To help you do this, here are some fun educational games that’ll encourage learning and make the process more fun for everyone – especially the kids! 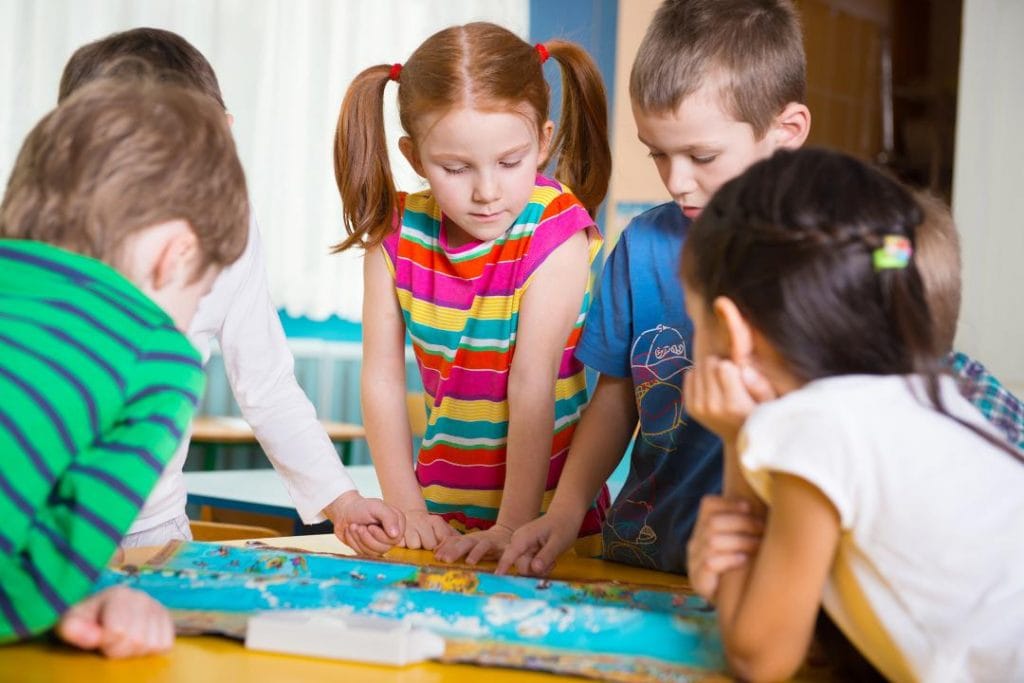 Spanish is the second most spoken language in the United States, with around 33 million speakers. With so many people here that speak another language, it just makes sense to learn.

Since the best time to learn a language is as a child, you can give your child a head start in learning Spanish through these educational games.

Keep reading to learn some fun ways to learn Spanish!

Before we jump into the games, I wanted to go into a few reasons as to why you would want to use educational games to teach your child Spanish. After all, learning is something that is traditionally done with books and is hard work.

However, when you think of how your child learned their first language, it wasn’t by making them read a textbook or sit in a desk facing a whiteboard. It was through play and interactions with you!

Here are a few more reasons to choose educational games as a way to teach Spanish:

On top of that, using games turns learning language into something that kids can look forward to, not just something they have to do because you want them to do it. They’ll enjoy the time with you far more when they know they get to play!

Now, onto the games!

This one is super simple and a lot of fun. Plus, it’s easy to customize them to your child’s level and vocabulary.

Start by creating your game board. If you want to reuse them, I recommend making them eraseable, like I did with these placemats here. You can make them in 3 x 3, 4 x 4, or 5 x 5 grids.

Add pictures of the vocabulary words that your kids know. Be sure to make several boards so they can trade and you can have a wide variety of words on each board.

Then, make a master list of words for you. These can go on index cards which you can shuffle every time, or on folded slips of paper which you can randomly pull from a bowl.

To play, simply call out the word in Spanish and have your kids find the right picture on their boards. When they get a BINGO, they can yell out “BINGO!” and then have to say (in Spanish, of course!) which pictures are in that row.

This game is for practicing numbers in Spanish. It can also be easily adjusted to any level. You can start with numbers 1 – 10 and move up to 100 as your child learns to count higher in Spanish.

At the easiest level, give your child a number between 1 and 10, and ask them to give you the next number higher or lower than that number. Be sure to say it in Spanish, for example: “Uno mas de cinco.” (one more than five)

To make it harder, you can give older children simple math problems in Spanish with larger numbers that will require them to do a little mental math. For example: “Tres menos de setenta y siete.” (three less than seventy-seven)

3. Going on a Picnic

For this game, all you need is your child and their imagination. It’s great for exercising the mind since it involves repetition and memorization in a fun way.

It works especially well in a large group but can also work even if there’s only two of you.

The first person starts by saying “Vamos de picnic, y traemos…” (we’re going on a picnic and bringing…) Then, they say a word that starts with the letter A.

After that, the next person then says the same thing and lists the word that the first person said plus something that starts with the letter B. The game then continues until the entire alphabet has been packed.

This game can be a bit challenging, so it should be reserved for older kids that can read and write independently.

Come up with a list of categories, such as:

The more specific you get with them, the more difficult the game. For example, you could do “Animals that live in the ocean” instead of any animal.

To play, set a timer for 1 minute, then give your child a letter to use. They now have until the timer runs out to come up with at least word for each list. Each word has to start with that letter, and they get a point for each word.

What better way to teach your child how to ask questions in Spanish than by playing 20 questions?

If you’re not familiar with this game, it’s incredibly simple. Start by picking any person, place, or object.

Then, your child has to figure out what it is by asking up to 20 questions. They have to be yes or no questions, so they can’t ask “Que color es?” (What color is it?) Instead, they should ask “Es rojo?” (Is it red?)

Once your child guesses correctly, give them the chance to answer “si” or “no” to your questions and see if you can figure out what they’re thinking of!

Bonus: Use Hacks for Vocabulary

If your child needs some ways to gather even more vocabulary words, there are a ton of fun hacks that they can use. A few good ones are:

You can get more info about these vocabulary hacks and more from my friends over at My Daily Spanish.

With these 5 simple educational games, you’re on your way to teaching your child Spanish in a fun and engaging way. The best part is, you can do most of these games with no prep, so they’re easy to jump right into.

If you want some more tips and tricks to help you be the best mother ever, be sure to check out my blog!