I hope you all had a great weekend! I spent mine running around, getting things done AND catching (the seemingly annual) Winter cold… No fun!  So today, I write to you from my sofa, in my flannel PJ’s, over a bowl of vegetable soup.  Luckily, snuggling up on the sofa with a bowl of soup doesn’t feel so bad on a chilly Winter Monday 😉 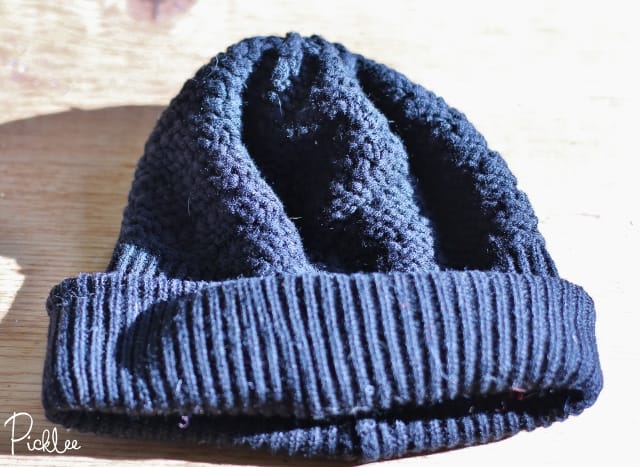 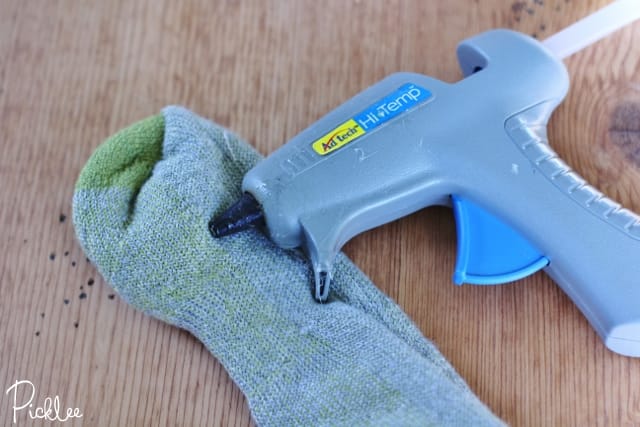 Cut your sock in half, retaining the toe portion. 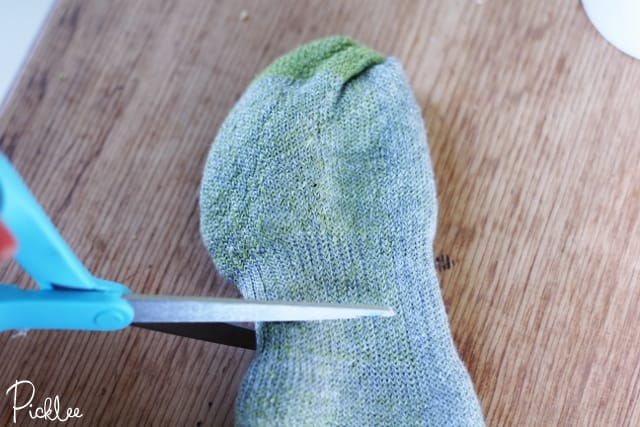 Fold the sock inside out, pushing the excess material into the inside of the toe. 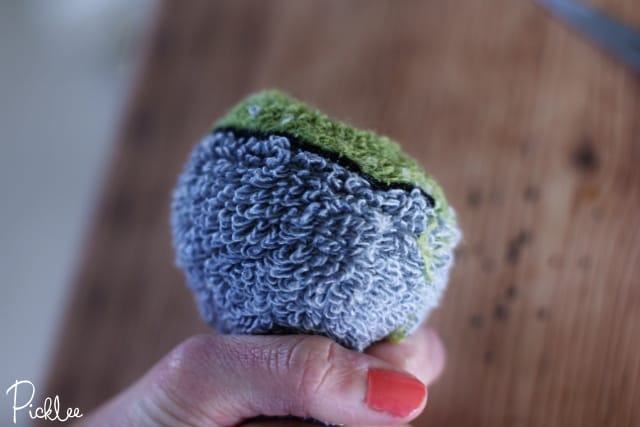 Once you’ve formed the toe of the sock into a ball, use the hot glue gun to secure the sides together. 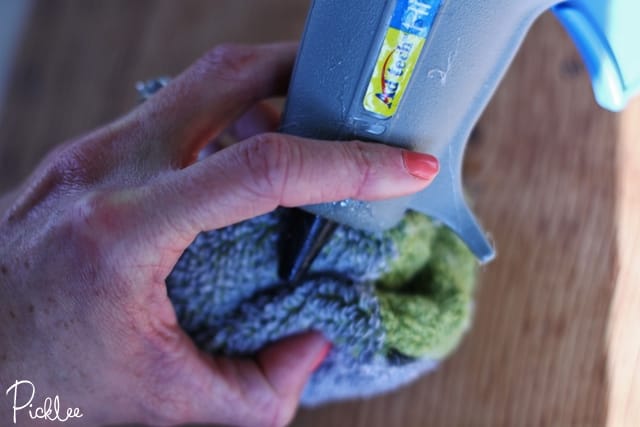 Attach the sock pom pom to the top of your hat, using the hot glue. 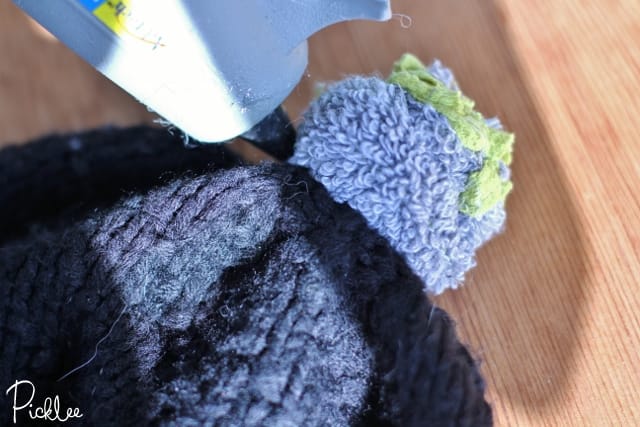 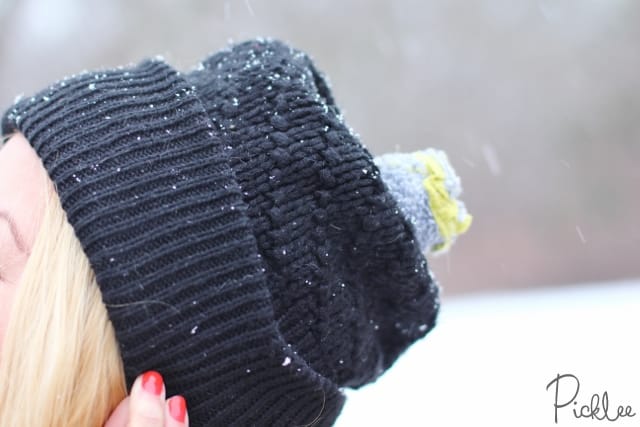 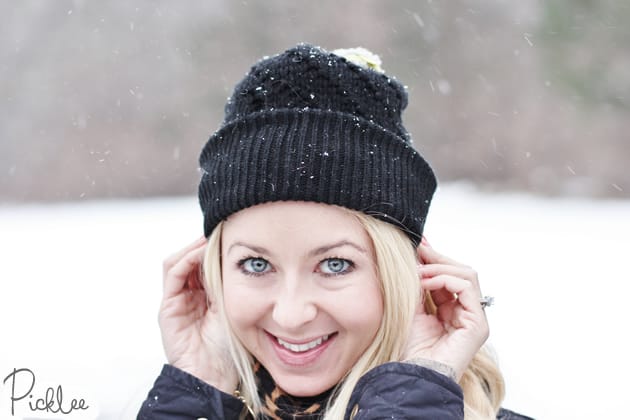 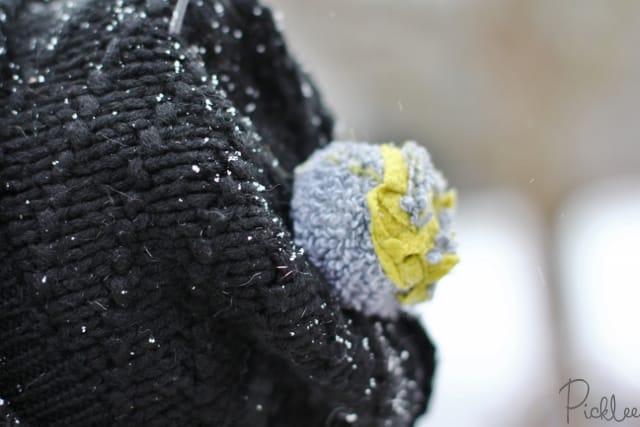 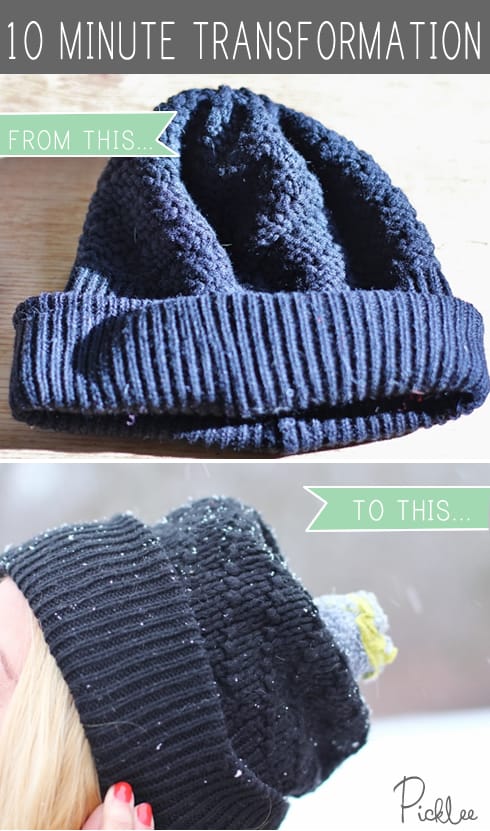